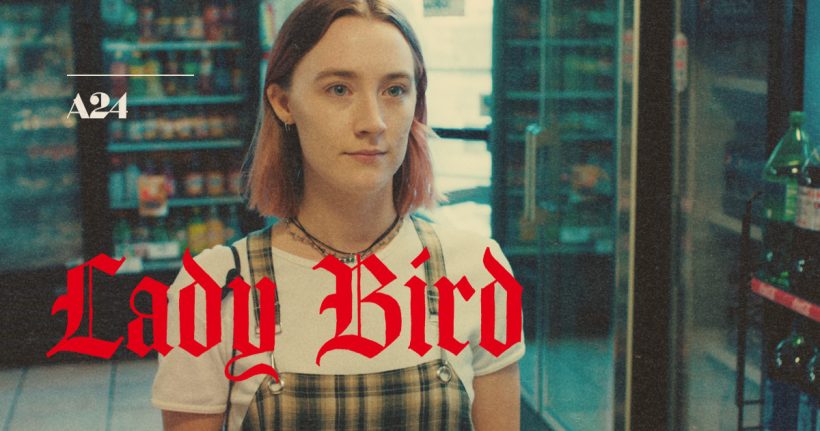 2018 has been a strong year for films, including coming-of-age drama Call Me by Your Name and the peculiar, but beautifully crafted, The Shape of Water.

This year’s Oscars are also full of firsts. We have director Jordan Peele, the first African American to be nominated for Best Picture, Best Director and Best Original Screenplay for his debut film. We then have Greta Gerwig, the fifth woman to be nominated for an Oscar, let alone her debut work.

Gerwig and Peele are are both strong contenders for best original screenplay. However, Gerwig’s plot is arguably mundane — it’s a continuation of formulaic narratives.

I tried my best to fall in love with Lady Bird. No matter how many critics praised the “affectionate wit” of quirky, outcast adolescents, I couldn’t connect with the movie.

Unfortunately, the film depicts a coming-of-age that only a certain population can really relate to. A young white girl going to Catholic school begins to rebel. Several high school film tropes are present: expressing yourself, falling in love, bring pressured to drink or get high, losing one’s virginity or forsaking an unpopular best friend for a popular one. The outcast girl still ends up getting into a reach college in New York City, despite having poor school grades (though she apparently has a high SAT score). Of course, the script elevates these cliches, warranting the term “fresh” from critics. But is it enough to just add a “fresh” perspective to a story that has been told before?

There is an attempt at adding some complexity by making the protagonist come from a low-income family, but she remains in the lower middle class, while many who struggle to apply to college come from even lower brackets.

Don’t get me wrong, the film certainly still has some merits. Critics praised the overall female perspective Gerwig uses, which many films lack. The script also managed to avoid excess  melodrama that such films tend to exhibit. However, the minority perspective is still absent and it’s interesting to see the kinds of perspectives that the reviewers laud.

This year, Lady Bird received nearly perfect scores on critic sites, landing a 99 percent fresh rating on Rotten Tomatoes. As did Jordan Peele’s debut Get Out, a satirical horror film with underlying messages of race relations today. It is a horror film with a black protagonist who flees a maniacal white family. Of course, I related to this film more. The issues depicted were rarely explored in that format, shedding light on a fear that remains omnipresent in those who are not lower middle class white people. It was not just a unique and “fresh” perspective, but a brand new perspective.

And there is a difference. Hollywood needs a makeover and a new outlet for different voices that express concerns of girls who are not exactly lady birds, but have just as much to say. If I could, I’d cast my vote for Peele.