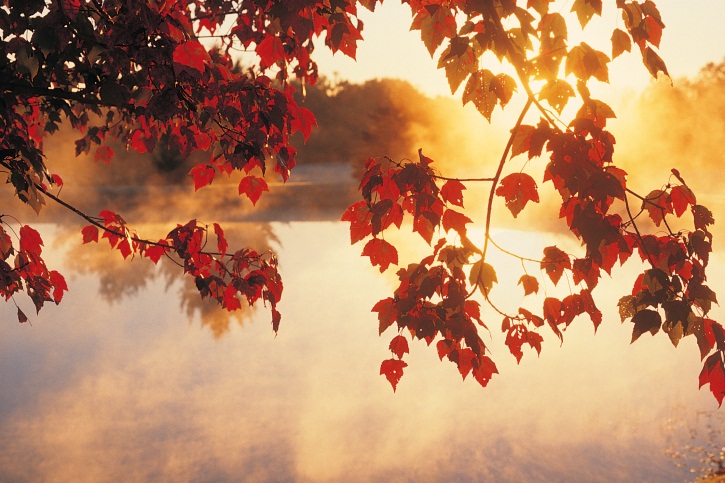 From the pre-school age of two to the high school age of 18, I dreaded the month of September. If you don’t believe me, check out the video of me wearing sunglasses during nap time at “Miss Rita’s,” clenching the end of my mother’s checkered skirt, babbling about wanting the “sun, sun, sun” to play under. Sure, my mom was born in September (so I couldn’t tell her how much I disliked her birth month), but other than that, there wasn’t necessarily a holiday for me to celebrate (sorry again, mom). I would dress up as the classic witch in October, my aunt would stuff the 20-pound turkey in November, and Santa would come to town in December. But September? September meant school, which meant less time under the “sun, sun, sun” and more time indoors. Bathing suit season… over. “F.R.I.E.N.D.S.” binge watching season… in the past. My birthday festivities… sweet July memories.

After beginning college though, my thoughts surrounding September began to change.  The first letter of this once horrifying month no longer stood for “School Starts” or “Stress Strikes.” I now began classes in August (which I have since nicknamed, “The Aggravation Awareness Month”), so I couldn’t really blame September for the commencement of my “scholastic sentence.” On my bus rides to the Lower East Side, I began to take note of all the cool things to do in this now cooler weather. Smorgasburg was taking over the East River State Park. Madison Square Eats was buzzing in the Flatiron District. EZOO was blowing up Randall’s Island. Apple picking at Melville farm… why not?  City walking tours… it wouldn’t be too hot to do one or two, or even five. San Gennaro Festival? Yes, please!

Tanning in the pool on my beloved pizza floatie defined relaxation, but, as you can tell from the exclamation points above, I sought excitement and, after doing my Instagram and Facebook research, a whole shipload of it docked in September.

I fell in love with the weather’s hybrid nature. Technically, we were still in the summer months, so I could pull out the shorts if I needed to; however, I could snuggle into a “September sweater” and avoid the “Aren’t you hot?” stares. Fall would roll in on the 21st of the month, but I could unofficially celebrate weeks beforehand. I stocked up at the Bath & Body Works Fall Season sale and sprayed my room (and myself) with “Champagne Apple” and “Marshmallow Pumpkin Latte.” Normally, I would have waited until mid-October to do so, but I didn’t have to: things were on sale from now… in September.  It was a (dollar) sign.

“Fall Fashion”… I began to develop my own sense of style. On my bus rides and strolls to class, I would take pictures of the colors/tones that I found in nature and write down outfit ideas in the planner I once reserved for “September struggles” in high school. My purchases incorporated a lot of hues borrowed from the summer, like light yellows and blues, but mixed in some “Fallish” ones as well. I wasn’t too deep into the “burgundy-red-wicked” color yet, so there was a lot of opportunity to experiment. And the white-to-jean-post-Labor Day-switch was a holiday in and of itself. I would celebrate with nothing other than a shopping spree, which sounded like a segway into the season.

Three years since I reconciled my differences with September and to tell you the truth, I think our relationship is better than ever. I relax in the pre-midterm phase, explore the cityscape, and eat a rather concerning amount of pumpkin scones from Starbucks. To end this on a rather cliché note, I don’t think I want to be woken up “when September ends,” but rather right before it begins so I can enjoy all that it is and has. It’s a pretty “special” month, unlike “The Aggravation Awareness Month.”  I simply dread August.