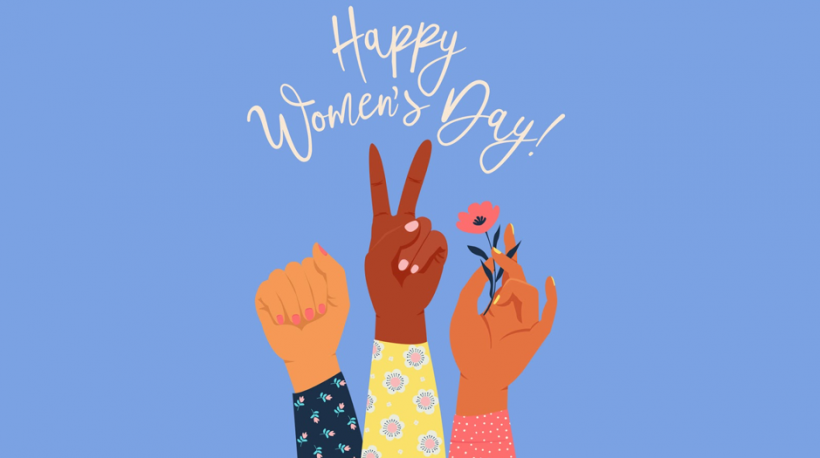 March 8th, 2020, 12:14 AM. I’m standing in my local Russian flower shop, chatting away with the owner, although I’m mostly thinking about how I somehow plan to lug $70 worth of flowers eleven blocks to my house. Twenty minutes later I was somehow doing it: four bouquets and several individually packaged flowers packed under my two arms. I even managed to snap a picture and send it to some of my friends. My friends who share my culture reacted with the standard “What a good son!” and related sentiments, but one friend reacted with confusion as to why I was buying so many flowers so late at night. When I told her it was March 8th, I was again met with confusion.

It took me a long time to realize that many people don’t celebrate March 8th, International Women’s Day, the same way I do. For me, there was always something magical about needing to sneak flowers past my mother and sister the night before and delivering them the next day, spending the day making calls to all of my mom’s female friends and all my grandmothers and aunts. But no one outside of my narrow circle of Russian/Ukrainian friends seemed to even know the day existed, so what’s the big deal?

Ironically enough, the history of International Women’s Day began in New York City, over 100 years ago, when in 1909 the Socialist Party in the United States observed the day. A year later, German feminist Clara Zetkin encouraged it as a holiday and sparked a movement across Europe. International Women’s Day was actually first recognized as a holiday by the Soviet Union, as the protests of working women sparked the February revolution and moved the timetable up for the Bolsheviks. Soon it spread all over the world, but not to the United States.

The United States initially resisted the holiday for the same reason that our Labor Day isn’t celebrated on the same day as the rest of the world: fear of socialism. However, this isn’t just some sentiment from the days of McCarthyism: when Rep. Maxine Waters attempted to formalize the holiday for the U.S. in 1997, the bill never made it past the House. The closest analog we have to it is Mother’s Day, and while becoming a mother is something beautiful that many women have done, there are also women who have run campaigns for president, women who have made scientific breakthroughs, trans women who bring intersectional representation to every corner of their respective fields, and a million more accomplishments that I couldn’t possibly include in this single article. Maybe having socialist roots makes this particular holiday harder to commercialize, but that shouldn’t exclude it from American Culture. Every child should have the pleasure of bringing flowers to the women in their lives, every woman should be celebrated, and every person in the United States should join the larger world in having a day honoring the struggles, powers, and successes of the women who came before us, are with us now, and will be there for us in the future. Let’s create a world where we’re all walking around with a million bouquets to deliver on March 8th.