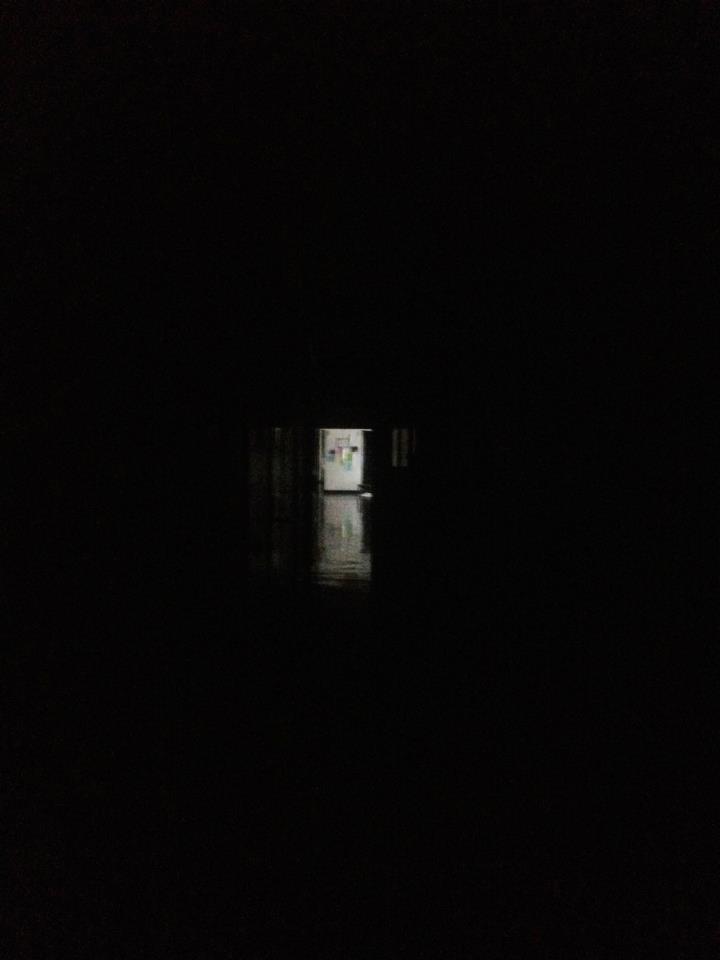 At around 1pm on Sunday, October 28, public safety at the Hunter College Brookdale Health Sciences Campus announced over the spotty loudspeaker system a mandatory evacuation from the premises due to the oncoming onslaught of Hurricane Sandy.

And that was only the beginning.

Residents had roughly three hours to pack their things and evacuate the grounds.

The Brookdale Campus, located on 25th Street between First Avenue and Asser Levy, adjacent to Bellevue Hospital and on “Hospital Mile,” is where Macaulay Honors students currently receive housing. The building is located within Zone A of primary and essential evacuation designated by the City.

Many students traveled back to homes within the five boroughs and suburbs, bringing only a few necessities that could fit into a bag or two, while others stayed with friends in safer parts of the city.

“I was volunteering on Sunday and my boyfriend called to let me know that the dorms were being evacuated. I had just enough time to grab some things and leave by 4pm,” Alina Samusevich, a Macaulay senior said.

While perhaps inconvenient, some students saw the mandated evacuation as necessary.

“I had just gotten into the dorms for about two hours on Sunday after a ride on the LIRR from Bayshore, when I heard the announcement to evacuate. I was sort of annoyed, but in retrospect, glad that I left, although I only took about two things with me in the rush. I had to come back later during escorted returns to get the rest of my belongings,” said an anonymous student.

Several students were left with few options to safely evacuate to.

“I was at the dorm packing to leave when I heard Bloomberg announce the evacuation on the news. I went to my parents house on Staten Island but it’s also in a Zone A,” said Irene O’Hare, a Macaulay senior.

Efforts to evacuate were seen as appropriate and well-coordinated by some Brookdale residents.

“I think it was done efficiently, they gave us enough notice. I was in Brooklyn [Saturday] night and still managed to get back to the dorms in time to grab some of my things. I only wish that I had more time to remove items from my fridge,” said Swathi Mummini, a Macaulay student living at the Brookdale campus.

Nevertheless, others wish that there was more time given to leave the dorms.

“We found out about it around noon on Sunday, four hours before we were supposed to evacuate. There was little prior warning about it. I wish I knew about the evacuation earlier, ” said James Davis, a Hunter resident at Brookdale.

Some students used the 68th Street Hunter campus as their evacuation shelter.

Davis was one of roughly twenty residents who went to the 68th street shelter. “We took the subway up there. We paid our own ways up there, which was weird since they gave us fare for evacuation for Hurricane Irene. The conditions were alright. [The dorm students] slept on cots on the stage of the Hunter auditorium,not the [Kaye] Playhouse. We had access to outlets and WiFi, so it wasn’t horrible. Food-wise, we were given MREs, meals ready to eat, the same ones they give to the army.”

When asked about the conditions of the shelter, Davis elaborated, “Because of safety reasons, Hunter students were kept in a separate area from the other refugees. Non-Hunter people were held in the basement. I volunteered to help them, and I saw that their conditions were worse off than Hunter students. Not worse in a bad sense, but I suppose the Hunter kids didn’t get the “real” shelter experience.”

Many of those who evacuated from the Brookdale dormitories believed it would be for a short period of time, rather than for more than two weeks.

“I thought classes would be back on Tuesday, so I grabbed whatever I needed for Tuesday and expected to be back at the dorms by Wednesday the latest,” said Samusevich.

Before and after the storm, Hunter residence life sent numerous emails to residents updating them about the status of the building and possible re-entry onto the premises. The first email after the storm, sent on Wednesday, October 31, detailed a plan to allow for minimal re-entry. Written by Vice President for Student Affairs Eija Ayravainen, the email stated:

Repairs to the Brookdale campus continue and we don’t yet have a timetable for reopening.
However, it has been determined that it is safe to retrieve necessities from the buildings.
You may enter the buildings to retrieve necessities during the following days and times:
Thursday November 1st between the hours of 9am to 12 noon and 2pm to 4pm.
Friday November 2nd between the hours of 9am and 12 noon and 2pm to 4pm.
You must report directly to the Office of Residence Life upon entry and be prepared to present
your Hunter College identification card. Please be advised that there is no elevator
service in the buildings.

The email went on to request that residents living within, or having friends within commuting distance to Hunter live with their families and friends for the time being, and that those without housing options would be accommodated to the best of Student Affairs as possible.

Davis was accommodated by Student Affairs, and given a room at the 97th Street Residence on Third Avenue. Given the option to move on Wednesday morning itself, he said of the procedure, “We were at the shelter for a few days, then Eija, who visited us often, gave us the option of living up here. It was offered to those who had absolutely no place to go, like myself.”

Pictures of the damage and destruction the surrounding area, and reports of the Con Ed power plant explosion on 14th street and evacuation of Bellevue and NYU Tisch Center, painted a mixed idea of how the building had withstood the storm: was it ravaged by flood waters? Were windows cracked and blown out? Would it be a horrific scene?

On her way to pick up her belongings during the pre-designated window, Samusevich recalled that “the walk to Brookdale was eerie and unsettling, there were cops everywhere, darkness in all the stores and shops, distraught people on the streets.”

Once in the building however, “there was already a crowd in the auditorium. Public safety grouped people by floors and took up people from several floors at a time. Walking through felt like a video game, creepy and surreal, but we made it to the east building and had fifteen minutes to grab whatever we could. We were told not to touch our fridges or clean anything, just to grab what we need and go. The hallways were dark because there are no windows, so I turned on a flashlight app on my phone. I just gathered some clothes, my textbooks and some important documents and left. Public safety was pretty efficient with their procedures, their goal was to get people in and get them out as soon as possible,” said Samusevich.

Another resident, who wished to remain anonymous, lived on a higher floor, rather than on a lower lying floor in the east building, as does Samusevich. The resident regaled how “it was a long trek climbing up twelve flights of stairs with public safety to my room. There was no help to bring my books and clothes down either, as they would only let residents with ID, no parents or friends, into the building. It also felt dank and smelled weird.”

That same sense of unusualness was felt by Davis when he went back. “Seeing the dorms without any light was weird, nerve-wrecking even. My east building floor was pitch black, excluding the one window at the end of the hallway. I was disappointed, because it was hit with the same type of damages as when Irene hit. You’d think that they’d put some preemptive measures in place for future storms.”

Once classes resume at the Brookdale Hunter Campus, students will still not be able to return back to the building for prolonged periods of time. Instead, according to the Hunter homepage, class locations for Brookdale Faculty and Staff have been temporarily placed in the main 68th Street campus buildings. Residents can continue to enter the building, supervised, to obtain their belongings.

Residents and students alike are suffering from a sort of cabin fever, and separation from fellow students seems to be a reality that all want to shake. As Samusevich said,”We all, students, faculty, public safety, spend so much time there, and know each other at least by face, that [p]eople were just glad to see each other, glad to get out of their houses, glad that their fellow Brookdale residents were okay and that was definitely uplifting.”