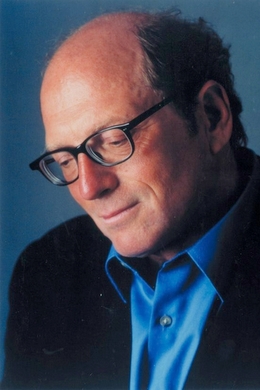 This Fall’s President’s Lecture was given by Oscar Hijuelos, who delivered a speech entitled “Coming Home to City College.” Before Hijuelos took the podium, President Lisa Coico described him as a “true son of City College,” which is an appropriate title for the well-known author. In addition to being one of the college’s first SEEK students, Hijuelos has two degrees – a BA and an MA in Creative Writing – from City.

After receiving his degrees in the mid-70s, Hijuelos went on to become an award-winning writer. In 1990, he became the first U.S.-born Hispanic to win the Pulitzer Prize for Fiction. Hijuelos received the award for his second novel, The Mambo Kings Play Songs of Love. He is also the author of eight other works, including his recent memoir, Thoughts Without Cigarettes.

During his lecture, however, Hijuelos focused on the years before his success. He grew up in West Harlem, the son of Cuban immigrants. His family was lower class, and the only books in their household were dense textbooks, which were the “castoffs of the Columbia students” that lived in their apartment building. For Hijuelos, home was a place where education “stopped at the door” – his parents’ language barriers prevented them from assisting him with schoolwork.

In high school, Hijuelos did poorly in classes, especially after transitioning from a private school in the Bronx to Louis D. Brandeis, a public school known for its combative environment. Nevertheless, because of CUNY’s open admissions policy, Hijuelos was able attend classes at Bronx Community College after graduation.

When he started college, Hijuelos said, he “didn’t have any inkling” of what he wanted to do with his life – a feeling, he has noticed, that is common among students from less-privileged schools. He first began to develop an interest in writing when a literature professor gave him positive feedback on an essay.

After taking classes at another two CUNY campuses, Hijuelos entered City College, as a student in the recently formed SEEK program. At the time, the faculty was filled with notable authors – an ideal place for a young writer to flourish. Hijuelos read aloud an excerpt from Thoughts, in which he describes one walk he took through the CCNY English department, looking for a certain professor. On the way, he ran into Joseph Heller, who was eating pastrami on rye, and William S. Burroughs.

Throughout his speech, Hijuelos emphasized the significant role that CUNY played in his life, particularly through its former open admissions policy. Open admissions, he said, was an “invaluable and democratic task” which leveled the playing field for students. Without open admissions, he imagined, many students would’ve “easily fallen through the cracks of life.” Hijuelos also expressed the importance of his fellow CUNY students. During his college years, he was “nourished by the energy and diversity of the people” with whom he took classes.

Hijuelos ended his lecture by giving the students in the audience ten pieces of advice – or “commandments” – he wished he had heard when he was younger. He encouraged students to embrace the roots and language of their parents, while still respecting other cultures. He also urged students to apply themselves to the best of their abilities in school – a fitting message from a man who found his passion for writing through CUNY education.