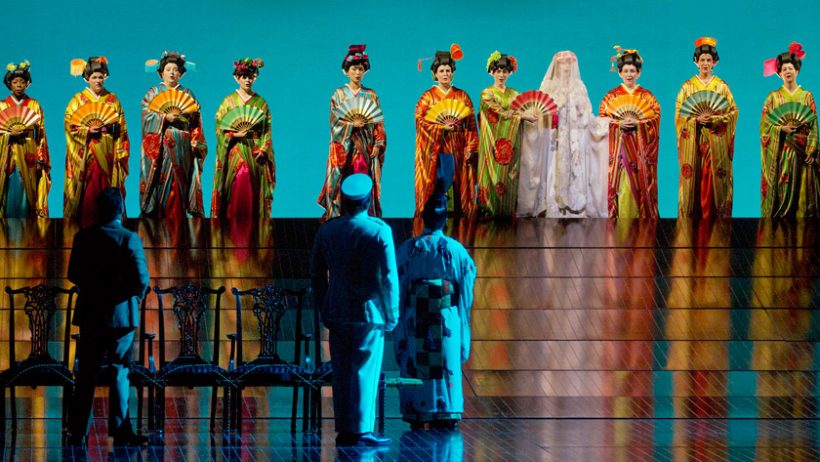 As a part of the Macaulay Honors core curriculum, students participate in four special seminar courses that help them understand New York City through unique perspectives involving arts, the sciences, and unique trips. According to the Macaulay Honors website, these seminars “feature primary research, classroom learning and hands-on experiences that use New York City as a teaching tool. Students acquire a rich understanding of the natural, social, economic and cultural forces that move our world.”

As a freshman at Hunter College, I am currently in Seminar 1: Arts in NYC. My particular course has focused on the elements of Japanese culture, its evolution, and how it is often at odds with the Western world. Readings, such as Chrysanthemum and The Sword by Ruth Benedict and Farewell to Manzanar by Jeanna Wakatsuki, illuminate these multi-faceted relationships. The fascinating aspect of this course revolves around the many trips our class has taken, some of which included seeing Puccini’s La Fanciulla del West  at Lincoln Center and Lucca Veggetti Left-Right-Left Noh performance at Japan Society. All of these pieces were leading up to the event on which our class was centered around: Madama Butterfly.

Regarding the course, Sabah Islam said, “I’ve always had an interest in the arts, but I never really had the chance to pursue it. I went to a STEM heavy school, and I am currently on the path of a STEM major. I am glad that I was able to take an art class that examined Japanese art, something that I wouldn’t have done otherwise. I have a much deeper appreciation to the arts, and I even had a chance to attend an Opera for the first time! Overall, the Arts in New York Seminar was amazing, and I loved all the museums and shows we visited.”

The Metropolitan Opera was a beautiful venue. The sprawling red velvet staircases were crowded with eager art patrons clad in their best evening attire. The sharp, geometric chandeliers cast a shimmering glow over the large space. Attendees chatted cordially as staff in tuxedos sashayed about, handing out wine flutes and directing people to their seats. Coming from a modest background, I have never had much experience with the fancy nature of operas. It almost appeared like a foreign world to me, but one that I welcomed with excitement.

Giacomo Puccini’s Madama Butterfly was an intriguing, colorful affair that dealt with ideals encompassing undying love, family duties, and an ultimate fall from grace. Hui He and Roberto Aronica beautifully executed the lead roles of Butterfly and Pinkerton, respectively.

The show was truly a visual feast for the eyes with the elevated stage, beautiful traditional attire, and magical background elements, such as the falling petals and white lanterns. The opera also included some nods to traditional Japanese elements like bunraku puppetry. The entire plot was spurred forward by Cio-Cio-San’s continual hope that Pinkerton would eventually return for her. The scenes ranged from frustrating to humorous and even tear-jerking. It is as if viewers accompanied Cio-Cio-San on her emotional journey.

My peers echoed similar sentiments. Monique Vilme stated, “Before joining Macaulay, I had never seen an opera. However, now I can say I have walked up the carpet steps of the Metropolitan Opera and looked down from balcony seats to the chorus below. Going to see ‘Madame Butterfly’ with my class was an enchanting experience. The charming songs and vivid set designs are memories that I will never forget. Because of seminar 1 [the Arts in New York Seminar], I’ve expanded my creative ability and fine-tuned my artistic eye!”

Watching the opera was a moving experience. My eyes were glued to the stage; I was transfixed by Cio-Cio-San’s tragic story and how it merged with the vivid colors and simplistic set design. I am appreciative for Macaulay for helping organize seminars like this to help students and professors alike to broaden their intellectual horizons. I recommend the opera to anyone interested in getting to know more about Japanese culture, as well as anyone who is simply looking for a good time. Catch Madama Butterfly before it goes away on March. 16, 2018! The next available performance is Thursday, February 22nd at 7:30PM.