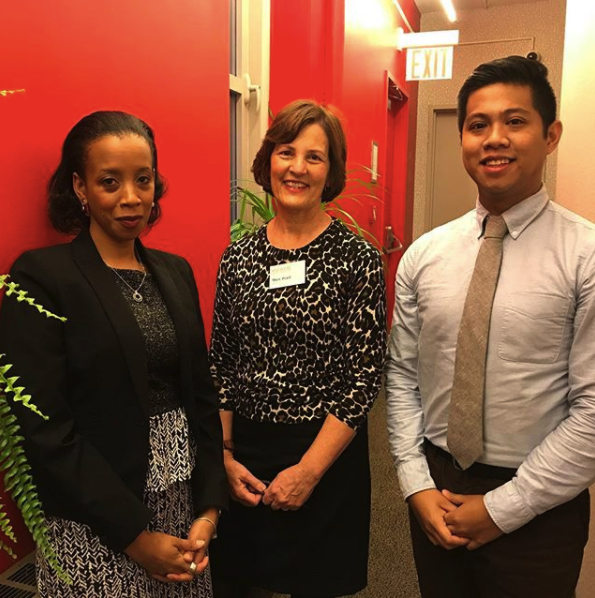 The Health Sciences Career Fair took place at the Macaulay Honors College building on Friday, Dec. 1. For the first hour of the career fair, the college hosted a Public Health Panel titled, “Educate, Heal, and Get Hired!” in the Screening Room.

“I came in with a not-so-specific vision of what public health was, and I think now I understand more what people in that field do and how vast the field is,” said Penina (Carolyn) Lis, a sophomore majoring in Psychology at Queens College.

“Now I know that [the field of public health] is much bigger than what I originally thought it was,” added Katie Glickman, a sophomore majoring in Anthropology at Queens College.

A common misconception about the field of public health is that it is a singular discipline. In reality, it incorporates five core disciplines: behavioral science/health education, biostatistics, environmental health, epidemiology and health services administration. Upon learning more about the field, students admitted they were now considering a career they might have otherwise overlooked.

Gil Barahman also commented on how rewarding a career in public health could be. “I’m thinking about just really how I can make the most difference in my community, and public health seems a great way to do it,” said Barahman, a sophomore majoring in Biochemistry at the College of Staten Island.

About 30 students showed up to the Health Sciences Career Fair, according to Gianina Chrisman, Assistant Director of Internships & Undergraduate Research at Macaulay Honors College. Since some students arrived late, it is unknown how many of them were present for the Public Health Panel.

Despite the agreement students had over their expanded knowledge about public health, there was some confusion over why public health was the focus of the event.

“It didn’t seem like the email said that this was only aimed towards public health,” said Anton Kyrylenko, a freshman majoring in Physics on the premed track at Lehman College. “It looked like it would apply to any health profession, so I expected it to be towards premed.” However, Kyrylenko also pointed out he arrived about half an hour late and still found value in the advice the panelists gave about getting internships and forwarding your career.

During the panel, Blake was particularly vocal about the many ways students could go about pursuing a career in public health. One of the points she emphasized was obtaining a master’s degree. “At the bachelor’s level, you have a wide host of things… some things you [may not be] interested in,” she said. “On the master’s level, you have to say, ‘I’m interested in this. I’m going to concentrate on this.’”

Pearl complimented Blake for her advice pertaining to education. “That’s a formula for life,” she said.

To those who are looking into careers in public health, Blake suggested, “Think of something that’s close to you and that makes you mad.” Now serving as the director of the Public Health Internship Program for Health Research Training Program (HRTP), Blake said what “got her mad” and involved in public health was a young man dying from HIV/AIDS.

Robles, the youngest of the three panelists, had different experiences. “For me, it wasn’t as much as what made me angry — it was finding what was missing,” he said. “I thought that there was a lot missing from the conversations regarding disease… [and] social determinance. I thought it was way too medical, and I wanted to get some social science in there.” Robles’ research background and interest focuses on sociomedical sciences.

Aside from the three professionals’ advice, students thought their insight on public health was invaluable.

“It was really inspiring just seeing [Pearl, Blake and Robles] up there,” said Fahri Albardak, a sophomore majoring in Chemistry (concentration in Bioinformatics) at Hunter College. “Usually when people would talk to me about public health, I would just be like, ‘Oh, they’re talking about it,’ but I don’t really see anyone that’s actually experiencing it.”

The Health Sciences Career Fair was the first of two science-related events Macaulay organized over the weekend. From Dec. 2-3, the college also hosted the STEAM festival.