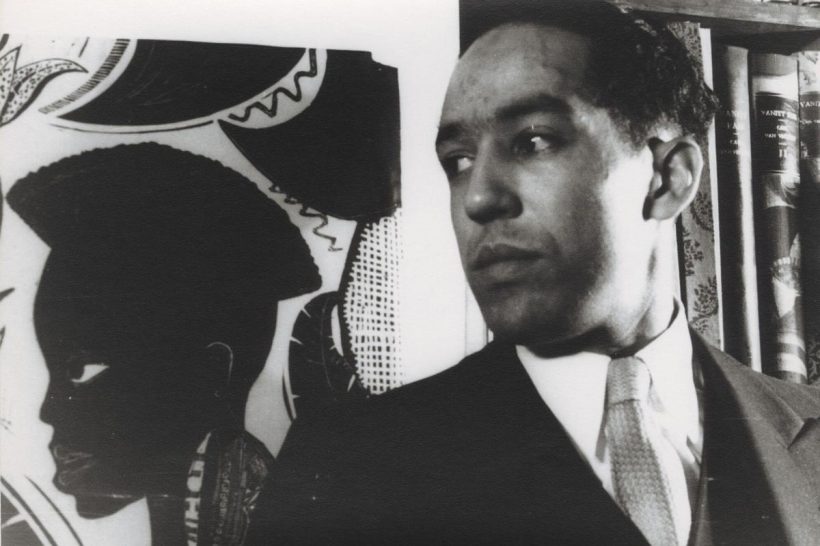 I, Too by Langston Hughes

I, too, sing America.

I am the darker brother.

They send me to eat in the kitchen

I’ll be at the table

“Eat in the kitchen,”

They’ll see how beautiful I am

This Black History Month, I pay homage to one of the most promising authors of the 20th century, Mr. Langston Hughes.

I came across “I, Too” three years ago on a downtown 6 train platform. Hughes’ words drew me; I missed at least four trains that day, re-reading the 18 lines over and over again until I could recite them from memory.

He, the “darker brother,” was isolated, eating behind the closed kitchen doors as the white company relished in what I imagine to be a glamorous dinner of dinner rolls and stuffed pig roast with an apple in the cheek. But the speaker is unbothered; in the kitchen, alone, separated, he laughs, he eats, he grows.  He envisions the future — a “tomorrow” — when he is at the table when the white guests arrive. He is no longer closed in behind kitchen walls. He too is a guest, and the others with whom he dines will recognize his value. He, too is America and he too, sings America.

The darker brother sang America when isolated. He laughed even as a recluse. Not only did he eat, but he ate well with the promise of growing stronger than those fancy rich folks could fathom. We, the readers, pray for that tomorrow, the day when they pass him the dinner rolls and cut him a slice of the roast. From start to finish, he is beautiful. Unfortunately, they will recognize his beauty once he joins them. Then they will feel shame; he will feel pride.

I read this poem nearly one hundred years later with the hope that people today still sing America and are America.