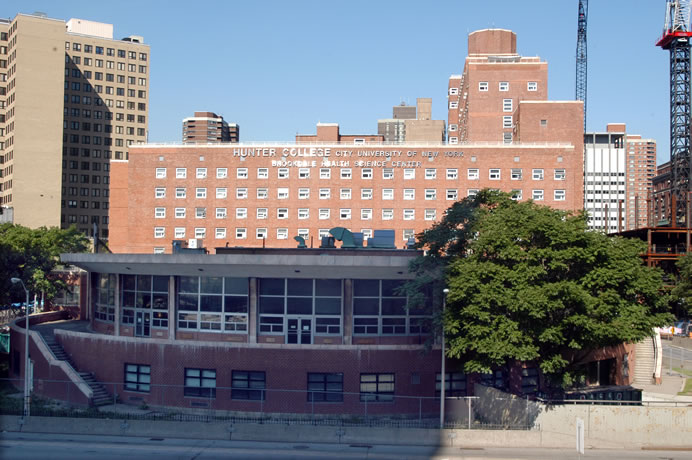 For about 11 days, rising juniors and seniors at Macaulay at Hunter who had applied for 25th Street Brookdale housing worried about how they’d be able to find alternative housing accommodations, while wondering how their leadership could put them in this position. For about 11 days, that is, until it was announced that given the concerns they had expressed in a letter, rising juniors and seniors would be able to stay at Brookdale.

Having expected this arrangement to remain, students were in for a surprise when they learned that they were placed on the waitlist for housing at the popular and affordable residence hall. They voiced their grievances in a letter sent to Hunter College President Jennifer Raab, Hunter College Chancellor Félix Rodríguez, and Macaulay at Hunter Director Lev Sviridov.

“The decision to revoke the priority housing of Macaulay upperclassmen is a decision we feel lacked transparency and appropriate timing, leaving many of us struggling to find other affordable housing accommodations,” they wrote. The letter was approved by 85 members of Macaulay at Hunter’s classes of 2020 and 2021.

Rising Macaulay at Hunter junior Simran Kaur was one student who added her name to the letter. “I would not have committed to Macaulay at Hunter if I knew that the housing would suddenly become unavailable to us, without much of a warning, let alone an explanation,” Kaur said.

Kaur’s family’s home is in Glen Oaks on the eastern edge of Queens. She feared that without Brookdale housing, “I might just have to live at home and deal with the four hours of total commute time that will be taken out of my day.”

While Kaur’s home in Glen Oaks is about two hours away, the Brookdale residence hall on East 25th Street is about half an hour away by 6 train from Hunter College’s main campus at East 68th Street.

Brookdale’s affordability relative to other Hunter housing — or any housing near the Upper East Side campus — is one reason housing there is so competitive. Dorming in a single, non-courtyard room at Brookdale during the Fall 2019 semester will cost $2,732, except for Macaulay freshmen and sophomores who dorm there for free. Meanwhile, housing at the 79th Street building costs, per year, between $13,260 and $15,300 per person.

Brookdale is not only the cheapest residence with Hunter, but it is also the one with the richest Residence Life. In addition to athletic facilities, Brookdale has a game room where resident assistants sometimes serve free pizza or ice cream. Nightly events, such as small potlucks or arts and crafts sessions, also take place in the cafeteria or on individual floors. Macaulay students also like to be together in one building, where they can study together or work on group projects.

In the e-mail that notified them of their waitlist status, juniors and seniors were also notified that they would be given priority access to housing at the more expensive 79th Street building. If they accepted it, they would be taken off of the Brookdale waitlist.

“So many of us committed to Macaulay because it was the most affordable option for us,” Kaur pointed out. Indeed, in many cases, four years of free tuition and — for Hunter students — two years of free housing, are main factors compelling some of New York’s most gifted students to apply to and attend Macaulay Honors College.

Rising Macaulay at Hunter junior Tara Chowdhury argued that although the original Brookdale housing arrangement was conditional, Macaulay students should still be entitled to housing as the condition for “availability” of Brookdale continues to be met. “Brookdale isn’t being torn down,” she said. “Macaulay [students are] just being unfairly targeted in this ‘relocate to 79th Street’ mission.”

“At best, this inconveniences many of us,” read the letter sent to the President, Chancellor, and Director. “At worst, this affects our schooling and our ability to participate in the final years of our education to the fullest.”

The solutions the students proposed in their letter were to have priority off the Brookdale waitlist, to receive financial assistance, to be able to apply to other Hunter housing without losing their spots on the Brookdale waitlist, to have extended deadlines to apply for other Hunter housing, and to know their waitlist statuses sooner than July, when they were set to come out.

On April 9th, good news came to student inboxes: their letter had been considered, and students would be able to spend another year at Brookdale.

“Following a review of your letter and a consultation involving the President, Vice President of Student Affairs, Special Advisor to the President for Student Success, and Director of the Macaulay Honors College at Hunter College,” the e-mail read before going on to detail the new arrangement.

In response to the new policy, Kaur points out that “[r]ising juniors still need to find housing senior year. Now we have time to plan, but obviously this still isn’t ideal.”

Even if students still prefer the original policy to which they agreed, rising juniors and seniors can take pride in knowing that by joining together to advocate for themselves, they granted themselves another year of affordable Manhattan housing.