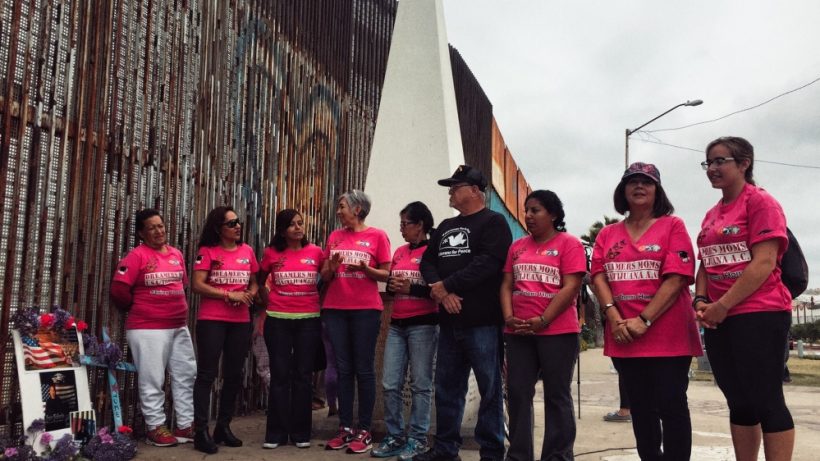 When thinking about the tremendous struggles many women had to face to make it to the point we are now, my heart melts in awe. I am absolutely enraptured by their strong, resilient, determined and elegant style of standing up for their intelligence, for their independence, and for their own human rights. It is important to celebrate both the women of the past and the present, and to continue inspiring the women of the future who will continue making this world an innovative and loving place.

Work by a specific group of women has recently touched me, which include a group of women residing now in Mexico, called “Dreamer Mums.” They are mothers who had first came to the United States in search for a better life but had difficulties in working around their work visas, which had covered their stay to the country for a limited time. The U.S. government had deported these women back but had kept their daughters and sons in this country, as they were U.S. citizens. Since they were born in the country, by law, they were not to be deported back to their mother’s home country.

Leaving these mothers to fend for themselves — in a country that they had tried to leave due to poverty, crime, violence and low-wage work — while also being separated from their families, is a nightmare many people would not be able to endure. These women, resilient and determined, created a group called “Dreamer Mums” to fight for a legal and rightful place back in the United States to be reunited with their families. They are also working to get other mothers who have been through the same situation to understand that there are legal ways to apply for a visa or entry into the United States. They have found an immigration lawyer to work with, and help many women get the documents they need to allow them the proper and legal process of entering the United States once again.

While watching the documentary, many of the women shared stories of the tremendous struggles that they had endured. The main character, Yolanda Varona, had been a victim of domestic abuse. Both of her children reside in the United States, and she has not been able to see them in person for years — their only method of communication is a few hazy Skype calls with poor connection. Another woman laments on her deportation, as her young children were then sent to foster homes to be taken care of, only to have been raped and abused multiple times.

To fight to regain connections with their children, spouses and normal life, they are protesting at the border for greater immigration laws that factor in the cruel reality of having a family split apart due to immigration issues. They have decided to respect the laws on both sides of the country and create an organization to educate other women and mothers on legal routes to make it back to their family, while also legislating for a revision of many immigration policies that allow families to be separated.