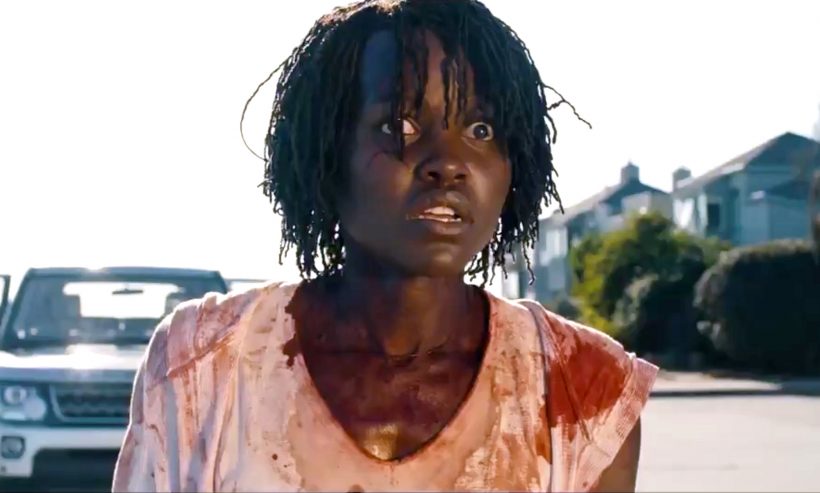 Warning, there are spoilers ahead! On the opening day of Jordan Peele’s sophomore project, I was expecting a beautiful, intellectual, and compelling work and I, of course, was not disappointed. The intricacies of the narrative, in addition to the stunning and disturbing cinematography, blew me away. I especially loved the overall social theme of the film, which moved beyond the topic of race that was central to Get Out and took on a colossal form. I was also expecting stellar performances from the cast. However, I was utterly amazed by Lupita Nyong’O’s performance as both the main protagonist and antagonist of the movie, Adelaide and Red. I wasn’t expecting this role to be as career defining as it was for her.

Lupita was incredible in 12 Years a Slave, for which she won her first record-breaking Oscar as it was her debut role. In Us, she transforms herself into not one, but two characters that are simultaneously similar and dissimilar. They are supposed to be connected, but in completely disparate manners. Lupita manages to pull this off. She shows restraint, fear, and anxiety. The minor plot holes in the film are all greatly overshadowed by her riveting performance.

From her distant glaring to her swift, jarring actions, Lupita ensures all eyes are on her. I was especially astonished by the way she changed her voice for the character, Red. In an interview, she said the voice was inspired by spasmodic dysphonia, though she did not mean to demonize those with the condition or the community and apologized if it was hurtful. As a viewer, I believe the voice was an artistic choice meant to unnerve the audience while giving insight into Red’s complex character. It was frightening and essential to understanding the character’s trauma, which the end of the film really expounds.

Another memorable moment that set the internet aflame was the stunning dance scene in which Lupita’s characters are fighting each other in a parallel action shot. Her nuanced movements make it hard to believe you are watching a movie on screen and not some live stage performance. One is inevitably drawn in.

Overall, I highly recommend watching Us, not just for laughs and scares, but to see one of the best actors of our generation perfect her craft. It is important for figures like her to imbue women and people of color across the world. She is setting high standards for what it means to be an artist in this day and age.