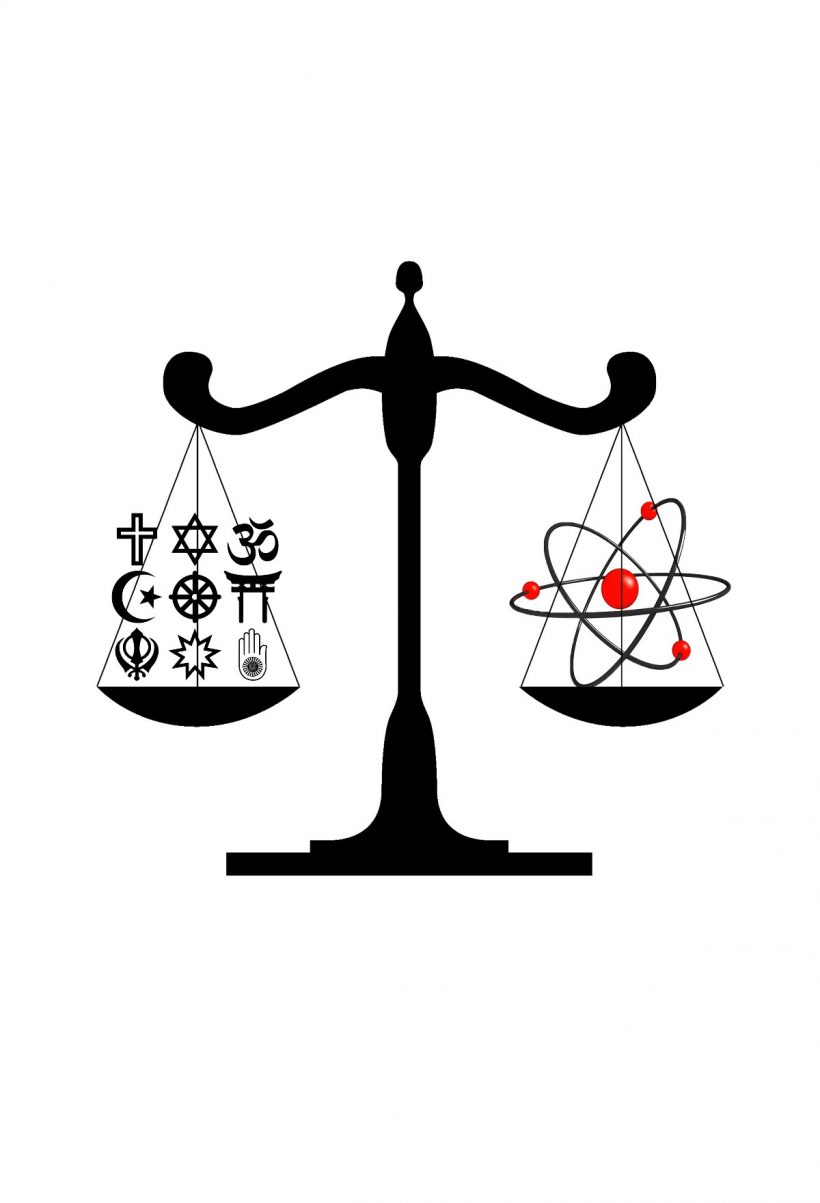 A heated debate – the Big Bang or God’s creation of the world? The debate between scientific inquiry and religious debate has seemed to be grappling at the hands of many as we are approaching a generation of increasing scientific advancements – whether that be in quantum mechanics, genetic engineering (in which we are able to make “designer babies” and change features of humanity and the world in which many once thought were only controlled by God). Being part of the science discipline myself and learning increasingly complicated concepts over this semester has allowed me to delve into the debate and explore the arguments concerning the people on both sides of extremism in religious devotion and scientific discipline.

A feature that continues to dawn upon the scientific world is the fact that there are many, many things in which we are not able to explain. As students get further into their fields of science, they are exposed to many concepts and research in which they are presented with the statement that “this principle is uncertain” or “we have acknowledged that this phenomenon occurs, but we are not yet able to derive a mechanism or provide an explanation for it.” In cases such as these, there are two options. One can choose to integrate their religious faith into their work, and accept that there are some things we cannot explain concretely but must owe to God, or at least some higher divine power that is much larger and more complex than humankind. However, hardcore scientists simply reject this fact as absolute nonsense and claim that these principles that we are not sure of yet will be able to be solved with grander technology and more thorough research. On the other spectrum, we have people that are so intertwined in their religious faith that they become creationists. They reject any possibility of scientific principles in our evolutionary world and attribute every phenomenon to the work of God himself.

Upon reflection, it is evident that these two extreme views may be able to provide a dangerous outcome for humankind. It elicits hatred for both sides of opposing beliefs and does not allow us to work together. It is important to listen to both sides, and not close oneself off to another. Religion and science have the ability to work beautifully together in healthy and rational amounts, not a copious portion that favors one side over the other. In fact, as one may delve deeper into the mechanics of physics and quantum mechanics, it can almost be described as magic and science fiction. We have been able to make great breakthroughs in science, but it is important that we do not close ourselves off to the possibility of a creation that may be bigger than us out there. In return, it is also important for those that lean on a heavy religious faith to also be open to the great scientific research and concrete facts that have allowed our world to progress and create beautiful things.

Check out the short NPR podcast on the integration of science and religious faith posted above. If you would like to read more about the podcast, you may read the article presented here.