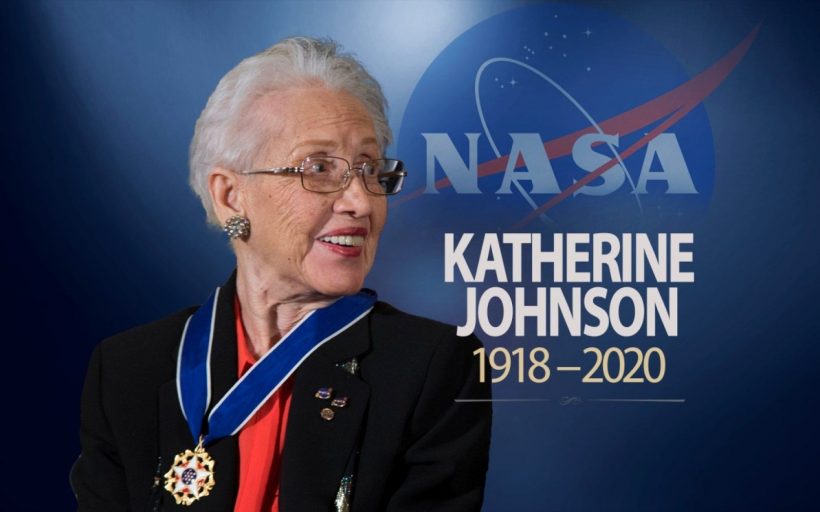 On February 24th, 2020, a pioneering mathematician who paved the way for women to travel to space found her own space amongst the stars. She broke so much more than the physical barrier between our atmosphere and space. She passed away peacefully at 101 in her retirement home in Newport News, Virginia.

Katherine Johnson was part of an overlooked group of black female mathematicians hired by NASA to aid in calculating the precise trajectories needed for the first-ever U.S. flight into space. It was these women’s calculations that helped Apollo 11 land on the moon. It was their calculations that allowed Neil Armstrong to start the one small step that ended with one giant leap for mankind. It was their calculations that allowed John Glenn to be the first American to orbit the Earth. Katherine Johnson was one of the “supercomputer” minds that enabled NASA to truly enter the space race with as much fervor as it did. In an era without the savvy, high-tech calculators we have now, she verified calculations with early models of IBM computers. When she wasn’t tinkering with that technology, she was busy hand-writing equations with disorientating amounts of digits that took up books’ worth of material. All of these efforts were to calculate gravitational effects and the precise angles at which the spacecraft needed to function to ensure astronaut safety and overall mission success. So why is it that we do not know more about Katherine’s life and her invaluable contributions to our country?

The humble woman behind the 2017 hit film “Hidden Figures” was raised with even humbler beginnings during a time where her identity both as an African American and as a woman was a marginalized one. Johnson was born in West Virginia during the Jim Crow era of segregation, and despite the obstacles present in her educational career, she showed great promise in mathematics. Her intellect and parental support led her to complete college at the age of 14, and shortly thereafter she found herself under the wing of several influential Black mentors who encouraged her to strengthen her skills.

In the 1983 Supreme Court Case of Missouri ex. Rel. Gaines v. Canada, she also won the right to become one of three African American students, and the only woman, to integrate into the graduate school system. As a young woman, Johnson already found herself pushing the envelope by making society reconsider the presence of a young authoritative Black woman who demanded equal opportunities in higher education. Johnson’s skills led her to be hired by the National Advisory Committee for Aeronautics (NACA), whose components eventually evolved into the National Aeronautics and Space Administration (NASA). Her skills were needed during a tumultuous time: The Cold War and Space Race between the U.S. and the Soviet Union.

Jonhson’s duties at NASA were brought to life in “Hidden Figures,” which depicted the behind-the-scenes work that went on to ensure that the space missions went smoothly and the astronauts returned home safe. The film brought to light some of the discrimination the women historically experienced while working at NASA. The women dealt with trekking long distances to use specific bathrooms and had their own section of the facility where they congregated for work. Although the discrimination subtly manifested itself, the segregation was not immediately apparent to Johnson who was immersed in her research and work.

As a woman pursuing a career in a STEM field, Johnson’s tenacity in the face of adversity is nothing short of inspirational to me. To this day, certain careers in STEM (particularly engineering, physics, and mathematics) are predominantly composed of men. Within these predominantly male workforces are hidden figures like Johnson who, by their mere presence, show young girls that with some hard work, their dreams can be just as equally fulfilled. In life, the hand you are dealt is given from birth; instead of lamenting about it, the successful shuffle the cards against their opponents to find the strategies that will allow them to win. Katherine Johnson and the black mathematician team at NASA truly exemplify this sentiment to its very core.

Despite the worldwide fame she garnered following the Oscar-winning film, Johnson maintained her humble demeanor to her final days. She affirmed that she merely did her job. To rattle off her numerous awards would not serve to highlight the person she was: a Black girl who displayed a shy curiosity in youth that grew into a calm assertiveness in adulthood. She was someone who took on multiple roles that extended far beyond the men that she helped catapult into space, and subsequently, into fame.