Gentrification has always been a force of social and demographic change. Shifts in the cost of living of an area often result in the movement of old residents out of an area and new residents into an area. Unfortunately, this almost always happens with people who reside on a higher rung of the socio-economic ladder being lured into a transitional neighborhood by land developers who have a vested interest in seeing the property values rise precipitously. 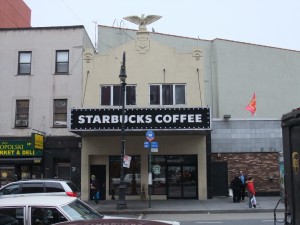 It’s not particularly difficult to understand why lower income areas are often targeted for this sort of development. Land costs are cheap so all that needs to be done is flush the area with cash so that the property values rise. In addition to this, small governments often rely on this sort of urban development as a sort of financial reprieve. This change now seems poised to hit Flatbush. Already one can observe the warning signs of an area about to enter a more “transitional” state. New supermarkets and retail stores are beginning to gain traction in the neighborhood. It has become apparent that land developers have set their sights upon Flatbush.