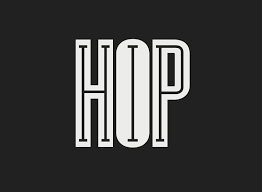 In my research paper, I primarily focus on untangling Caribbean-New York identities in Hip Hop music. Caribbean culture and identity plays leading role in the development and continual evolution of Hip Hop music. However, Hip Hop is not solely a product of the New York- Caribbean, but the result of the interplay between the integrated African-American communities and the stratified, racial hierarchy of American society. Hip Hop has a truly transnational nature, like the Caribbean Diaspora, as it travels internationally and adopts features of its new places and place while still maintaining its core characteristics. The Caribbean- New York Hip Hop scene still remains, despite, Hip Hop’s international acclaim. The movement has transitioned according to its propose, from channeling energy through dancing, to protest, to building an image of success or succeeding despite difficult circumstances.

Hip Hop has become a definitive music genre of the last half century internationally. Regardless of who makes Hip Hip, where it is made, the music’s purpose/quality or its future, Hip Hop will always have elements from the Caribbean-New York Communities. Therefore, the Caribbean diaspora extends further than direct, physical communities within New York, or Britain, or France- its cultural diaspora extends anywhere Hip Hop music is played.