Cuisine is an important, yet often forgotten, part of the transnational identity that is maintained by the Caribbean Diaspora. Beushausen (2014) says food is a material good and also a symbolic representation. Food is an important “form of communication” that has many meanings.

Early origins of Caribbean cuisine developed from the practice of slavery in the early colonial Caribbean. Most of the time Caribbean slaves were brought from various parts of Africa and with them they brought unique backgrounds in cuisine. This particular characteristic was allowed to further develop as slaves were often left in charge of cooking for their owners. They would cook with what was available to them on the plantation. For instance, in Jamaica, sweet potatoes, maize, and plantains were only a select few of the various crops used in the preparation of meals. Since most plantation owners didn’t know the techniques with which their slaves cooked their food, the cuisine became distinctly unique to the slaves (Mintz 44). 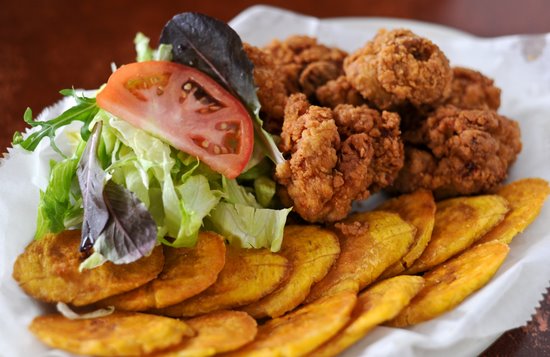 Callaloo Soup as a Symbol of Caribbean Diversity

One Caribbean dish that perfectly depicts Caribbean cultural diversity as a whole is Callaloo-soup. Traditionally, Callaloo-soup is a spicy stew made with leafy green Callaloo leaves and other ingredients that each nation tends to specialize with. The soup was originally prepared by slaves and immigrants from West Africa. Callaloo in Trinidad and Tobago, as well as in other eastern Caribbean nations, is typically cooked with okra or water spinach in place of Callaloo leaves. Moving to Jamaica, Callaloo is often steamed and prepared alongside saltfish. In the Virgin Islands Callaloo is often served with fungi (Beushausen et al. 14). The unique specialization that each nation brings to the dish helps to symbolize the blending of Caribbean cultures and peoples in a positive way while also helping Caribbean immigrants reconnect with their roots. 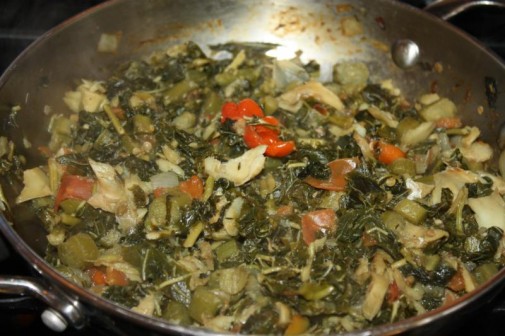 Calaloo from the Virgin Islands prepared with fungi

While maintaining national identity through food can be a simple feat for many Caribbean immigrants, it is less straightforward for many others. There seems to be a narrow-minded perception of what a Caribbean is supposed to be. More often than not, Caribbeans are characterized as people of color. However, there are large groups of Caribbeans who directly contradict this perception. For example there are Indo-Caribbeans. Many African slaves who had worked on plantations began to be granted freedom in the 19th century. To fill the gap in labor, plantation owners began to import indentured workers of Asian descent, particularly those from India and China (Bernstein 2007).

This new influx of radically different ethnicities created a new image that challenges the traditional perception of Caribbean identity. With nowhere else to go, many Indo-Caribbeans have turned to their food roots. Being as displaced as they are, the younger generation of Indo-Caribbeans find that food still offers comfort and a way to explore and claim a cultural heritage of their own.

Richmond Hill, Queens offers a home to large populations of Indo-Caribbeans. Markets in Richmond Hill have gained popularity with the Indo-Caribbean population for their preparation of the unique. Roti shops have become integral to helping many Indo-Caribbean wives maintain their cultural identity following a long day of work when there isn’t enough time to prepare a homemade dinner (Kilawan). Roti shops have provided these immigrants with a valuable connection to their roots that normal Caribbean restaurants are unable to fulfill.

One famous restaurant among Indo-Caribbeans inhabiting Richmond Hill is Sybil’s Bakery and Restaurant. Below is a short video tour of the restaurant giving just a little insight into Indo-Caribbean food culture in New York City:

Several Caribbean dishes carry symbolic significance in addition to bridging distance gaps. Among these various dishes, few can be compared with the Cuban caldosa in terms of significance. Caldosa is a “stew of green and root vegetables… cooked together with pork.” Traditionally there is no precise recipe for the dish. Instead chefs will often prepare the dish with whatever ingredients they have at their disposal (Paponnete-Cantat 22). This one simple aspect can be easily observed in any Cuban restaurant. The menu from Amor Cubano located in Harlem depicts caldosa as containing a little bit of everything from the following: beef, chicken, pork, yucca, sweet potatoes, and Spanish clavaza. This dish isn’t meant to epitomize cultural diversity but instead to symbolize a blending of cultures very much similar to the melting pot of New York City. Caldosa has become a unifying dish for many Cubans 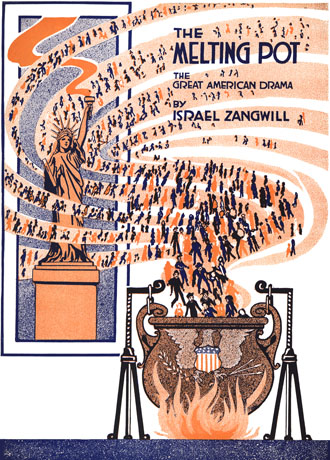 Furthermore, caldosa has become an integral dish to the celebration of a Cuban Revolution. On the eve of September 28th in Cuba, caldosa is shared amongst neighbors. In this sense, caldosa acts as “ a transformative element linking state, neighbourhoods, households, and races together” further emphasizing the perception of the dish as a symbol of cultural blending. For many Cuban immigrants currently residing in New York City, the accessibility of such a culturally symbolic dish is an important means of maintaining cultural roots to the spirit of the Cuban Revolution while also aiding in their own blending of culture within New York City (Paponnete-Cantat 23).

Though not the most aesthetically pleasing dish, caldosa holds great significance among Cuban immigrants