Religion is an important part of life to many people throughout the world. It has been documented that when people immigrate to an unfamiliar location, their religion becomes less of a familial tradition or custom and more of a way to connect with the culture of their country of origin (Schmidt 35). Religion along with other cultural traditions become more significant to immigrants. A large amount of Caribbean immigrants in New York City use religion as a support system for dealing with the challenges of everyday life as a foreigner in an often unwelcoming land.

What is interesting about religion in the Caribbean context is that over time and as a result of colonization, many Caribbean people have constructed new religious traditions that use the more traditional and conservative Roman Catholic and Protestant theology as a cover for their traditional African religious practices (34). There is a substantial amount of Caribbean immigrants that have joined the American Roman Catholic, Anglican and Protestant Church communities once they arrived to the United States. However, most Caribbean immigrants tend to establish their own church communities be it through the establishment of a new church based on a syncretic religion or by establishing a uniformly Caribbean community within an already established church. Doing this helps ease their assimilation to American society.

Syncretic religions are faiths that incorporate religious theology from native African and Western traditions. The creation of these hybrid religions came as a result of the suppression of slaves and Caribbean natives. These syncretic religions pay particular attention to the history of the peoples in the Caribbean. Often times these religions adopt the holy scriptures and philosophy from the Western tradition to struggles common to the  Caribbean diaspora as a way to appeal to the people and have them continue to be members of their faiths. These religions range from Shango Baptist to Yoruba Orisha Baptist to Haitian Vodou. It is in these religions that second and third generations can discover their roots in the Caribbean and Africa because  these religions tell a story about history even in how they were created.

When discussing religion in the Caribbean immigrant experience within New York City there are three major religions that the population follow: Roman Catholicism, Spiritual Baptist (Yoruba Orisha) and Haitian Vodou. 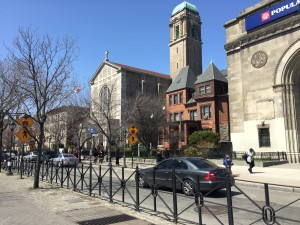 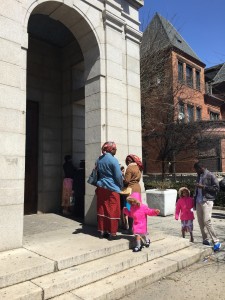 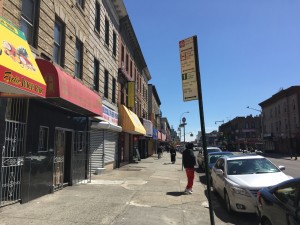 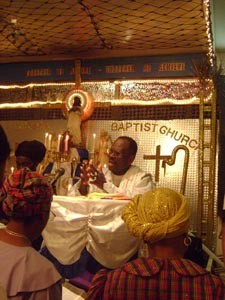 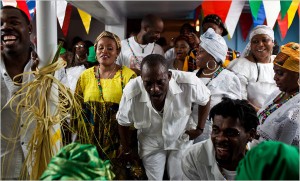