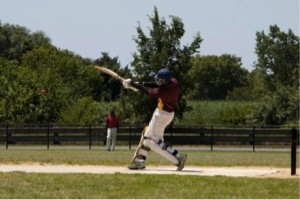 A batter takes a swing at a Spring Creek Cricket Field in Brooklyn.

A Brief History of Cricket in New York

Cricket, though it is thought to have originated in the 13th century, didn’t reach the North and South Americas until the 18th century. English immigrants brought the sport overseas to what are now the United States and the Caribbean Islands. One of the oldest recorded games in New York City was recorded in the New York Gazette and took place in 1751. The teams represented New York and London, though both were most likely filled with colonists. Cricket was very popular during the early years of American history, but it eventually fell out of favor when Baseball rose to national acclaim after the Civil War.

Cricket didn’t take off in the West Indies until the 19th century, when Britain abolished slavery throughout all of its territories. Very few clubs were originally around, and those that were very rarely featured non-Europeans. It wasn’t until the late 1890s when professionally paid “black bowlers” participated in regional tours and matches. English tours in 1901 and 1906 were disappointing for the West Indies Cricket club, but in 1920 and 1930 they redeemed themselves by beating England in the Caribbean. 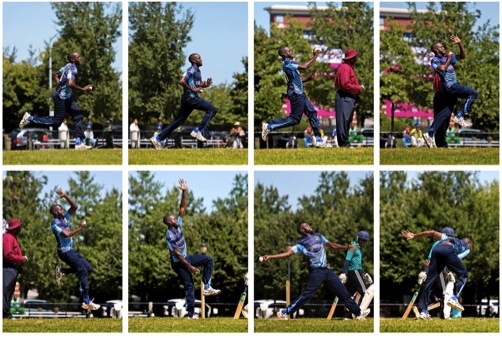 A picture of Jermaine Lawson bowling for the Sheffield Club at Gateway Field in Brooklyn. Lawson, originally from Jamaica, is said to be one of the fastest bowlers in New York.

Cricket today in New York is alive and well. Many Caribbean transplants regard the sport as a sort of “cultural glue” and take to parks and fields all across the city to play the sport they love. In 2008, the Public Schools Athletic League even adopted Cricket for interscholastic play, introducing the sport to a younger generation of migrants. 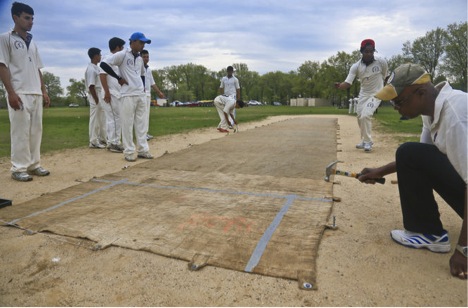 In this May 12, 2014 photo, a mat is being pounded into a cricket pitch before the start of a PSAL Cricket Match between Midwood High School and John Adams High School in Marine Park.

But wait, how does one play cricket?

Cricket can be played whenever the weather permits, but it is considered a Fall sport. Many cricketers across the United States also play in spring leagues, where one can hone their craft in an environment where games are not as important. PSAL cricket, since it must align with certain Public School guidelines concerning when sports are played, is also played in the Spring. Most PSAL games are played in Marine Park, conveniently located minutes away from my house. To better get a feel for the game, I decided to watch a few matches. The following gallery shows some pictures taken of the Midwood vs. FDR and Lincoln vs. Brooklyn International cricket matchups. 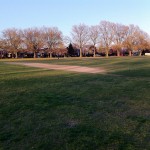 One of the couple cricket pitches located in Marine Park, off of Avenue U and East 32nd St. 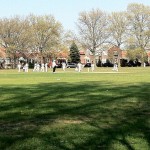 The bowling team cheers as they retire the opposing batsman. 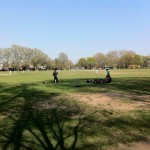 A few supporters of the High School made the trek to Marine Park. 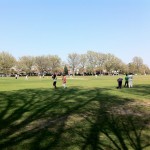 Fans watch anxiously as the bowler prepares to deliver the ball. 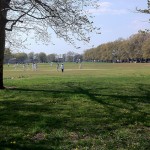 An “outfield” view of the cricket pitch.

As you may have noticed, cricket isn’t the easiest thing to capture on film. Unlike many American sports, there are no “front row seats” to a cricket match. This mainly has to do with the dimensions of a cricket field. For a better view of a cricket match, enjoy the following video of the Brooklyn Cricket League 2014 semifinal match between Emperial and Middlesex. This match was also played at Marine Park.

Why is Cricket Important in New York City?

>Cricket is often considered the second most popular sport in the world. New York City is home to an ethnically diverse population.

>Cricket plays a role in establishing a Caribbean identity in generations removed from first-hand experiences.

>Economic facilities based around the need for cricket fields and gear.

>Social gathering and associations through a commonality.