When first generation West Indians circumvented racism in the past, they did so by stressing a separate identity from black Americans, the group being racially oppressed. Through this they evaded discrimination. However, American blacks generally lack accents and other easily perceptible cultural attributes that helped the first generation show society that they were separate and different.

Second generation West Indians of the middle class can emulate the first generation’s example more easily than the working class. The middle class is most likely to identify ethnically. They do so partially in order “to claim an American identity as a member of a ‘model minority’. while not denying their black racial identity” (Waters 203). The idea of a model minority is familiar and pleasing to whites.

On the other hand, working class second generation West Indians don’t necessarily have the capital to assume the role of a model minority. They “simply become African Americans” (Waters 203). Additionally, having an immigrant identity bypasses the need to choose an American identity. However, an immigrant identity is difficult to maintain under pressure to accept the American black identity that others ascribe (Waters 204). 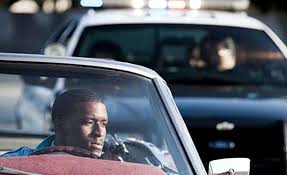 In Between Two Worlds, Daniel, a second generation Haitian attorney brought his uncle with him to look for property to buy. He drove a nice car and was driving through a wealthy neighborhood. Eventually, he was pulled over by a cop car. While the cops ran his license number two more cop cars joined the scene. Daniel and his uncle were detained for an hour, and were only released when a black officer convinced the first officer to let them go (Lorick-Wilmot 77). Daniel was caught driving while black. He was a middle or upper class attorney who drove a nice car. He most likely developed an identity a member of the model minority, yet was still pulled over for “driving while black”.

The experience of Daniel and of other economically successful black Americans cannot be explained by early models of assimilation that were developed during the nineteenth and early twentieth century. Several simple theories concluded, “by the second generation most people had become hyphenated Americans. By the third generation the descendants of the original immigrants were thoroughly American, with a continuing emotional and cultural, but rarely behavioral, tie to their ethnic ancestries” (Waters 202) Other models based on European immigrant generations and associated becoming American with learning English, participating in politics, adopting the culture, and achieving economic success for an individual and his family (Waters 202). Unlike the first and second generations of European immigrants, West Indians won’t get the same benefits from assimilating into American black culture. To assimilate would be to lose social networks with ties to jobs, and to lose the benefit of being the model minority. Assimilation would require them to repress their Caribbean selves in order to join “the ranks of a historically disenfranchised racial ethnic group – African Americans” (Lorick-Wilmot 84), or as Waters’ describes it, “…the most stigmatized and abused people in American history (Waters 203).

While Daniel and other members of the model minority can distance themselves from blacks individually, they have not been able to do so as a group and are still classified into the black race (Waters 211). Furthermore, the Irish were at one point considered a separate race from whites. While Irish immigrants were called “niggers turned inside out”, blacks were called “smoked Irish”.

Yet, eventually the white race absorbed the Irish and other European groups The Chinese achieved similar success in Mississippi from 1870 to 1960 when their perception gradually changed from black to white. This is evidence that “whiteness is a cultural category, not a biological one” (Waters 210-211).